Reaching Records LLC  is a for-profit Christian, independent record company based in Colorado Springs, CO that produces inspirational music projects to benefit both humanitarian and faith-based organizations. The label was conceived June 1994 in Oakland, CA. Founder and President, John Redmon started this unique label in his grandmother’s living room to “reach and touch hearts around the world”. He was 18 years old. 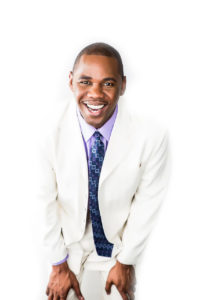 Age 18, Redmon decided to not just compose but house his original works within his own independent record label. He named the company Reaching Records. The motto and mission of the label was to ‘reach and touch hearts around the world.’ For the next twenty years, Redmon produced and released multiple projects on this label that gained national attention and recognition, including: A Woman’s Journey (featuring Full Assurance with the “rousing opening cut” Praise the Lord!, Grammy Award Nominees Vickie Winans and Brenda Nicholas); John Redmon & Friends: Faith, Love and Unity, Vol 1 (Independent Music Award Nominated Album featuring BeBe and CeCe Winans, Daniel Winans, Phil and Brenda Nicholas and Grammy Award winner Patti Labelle); S’Agapo(“…a fantastic collection of R&B songs”); and Thank You Lord (Story of the Shunamite Woman) — his biggest and most successful/notable single release.

When Redmon is not touring with his music around the country, he is writing and arranging music, teaching and mentoring youth. He also acts as marketing consultant, building and maintaining websites, creating and editing videos.